The "Russia Hockey Makes Dreams Come True" has already long been known among ice hockey fans outside of Russia. This time, Brody Burgett from Canada sent an email to the Russian Ice Hockey Federation (RIHF), stating that his dream was to receive Vladislav Tretiak's autograph.

Brody, 38, is married and has three children. "I grew up in the 1980s when watching Vladislav play for CSKA," revealed the Canadian. "He will always remain my idol. Yes, I was only five years old when he last took to the ice, but my earliest and best childhood memories are connected with his matches. I wanted to become a goalkeeper because of him! I can't express just how much his autograph would mean to me."

Vladislav subsequently signed Brody's jersey and sent it to Canada.

"I would like to thank Vladislav and everyone who made this possible," said Brody after receiving the signed jersey. "I didn't think it would happen, but when I was told that it would be possible, it was incredible! This is the best gift which I have ever received in my life." 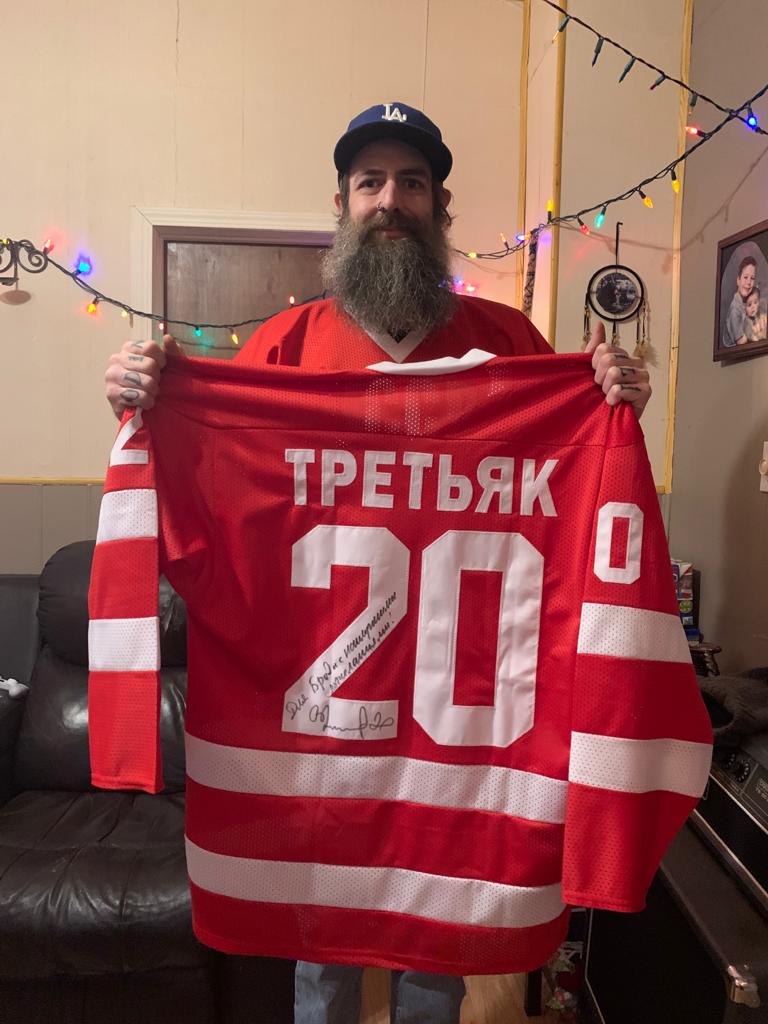 If you have a dream which the RIHF can turn into a reality, please send an email to dreams@fhr.ru.
#Хоккей России исполняет мечты

Adelina Sotnikova and Mikhail Fisenko held a celebration for disabled children
On June 1, at the Arktika sporting complex in Moscow, a celebration for children with disabilities took place in connection with International Children's Day.
Russia Hockey Makes Dreams Come True. Ilya Fedotov from Kostroma
The Russia Hockey Makes Dreams Come True project continued at the 2020 Channel One Cup as dedicated ice hockey fan Ilya Fedotov attended the match between Russia and the Czech Republic on December 19.
A fan from Finland has seen his dream come true!
Anton Gil, a fan of the Russian national team in Finland, has seen his dream turned into a reality by the Russian Ice Hockey Federation.