Federation
The 2020 Sirius Cup, which was held at the Sirius Educational Centre in Sochi, has reached its completion with Central being crowned the winners.

Teams representing Moscow, Saint Petersburg and the Ural, Central and North-West regions participated at the tournament.

On the concluding day of play, North-West defeated Ural 2:1, while Central managed to beat Moscow by the same score. 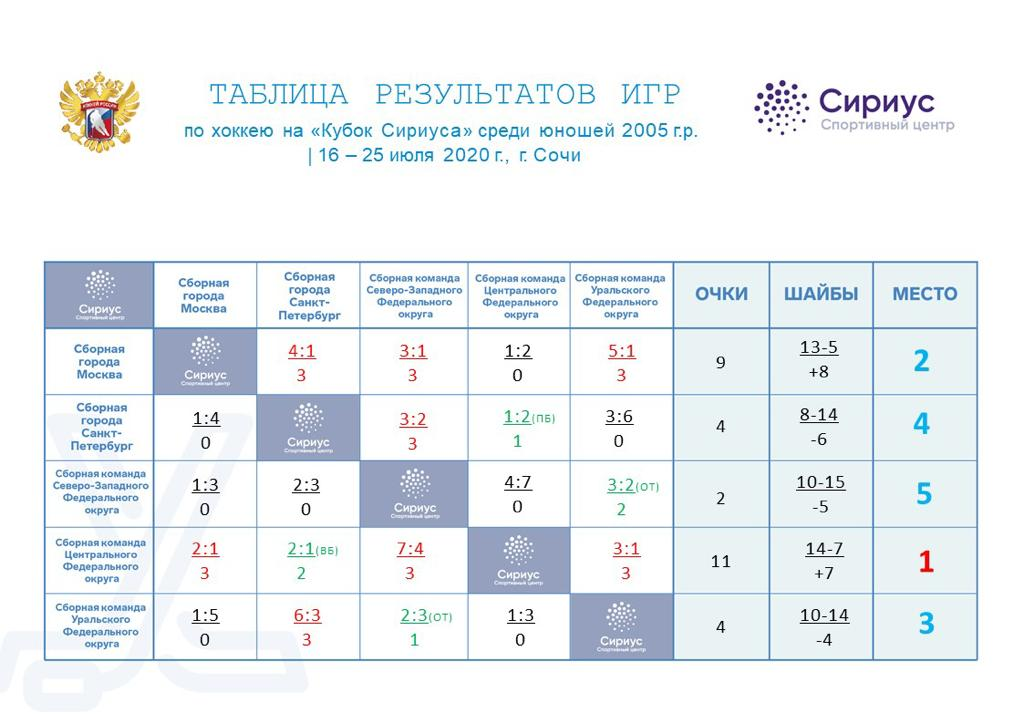